Chitting And Chips – Time to Plant Your Tatties 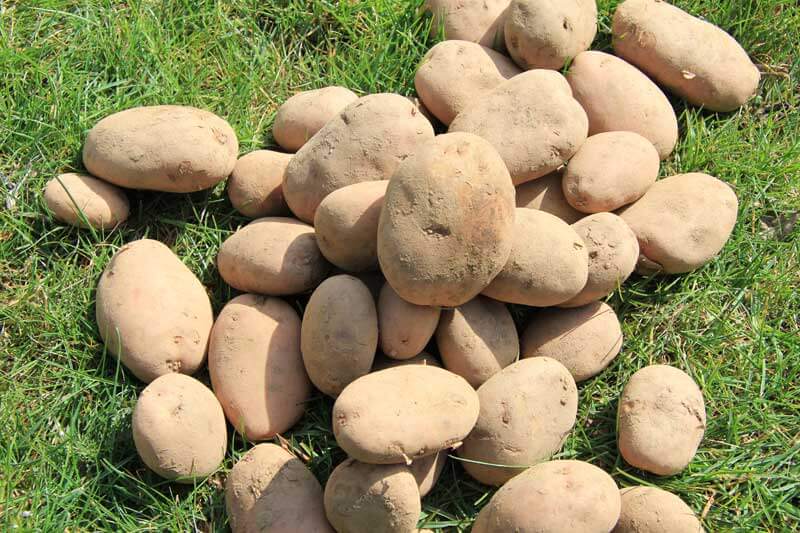 They don't look like much, but these are late blight resistant Sorpas

It’s late March and my seed potatoes have only just arrived! Well it’ll be fun to try and grow potatoes again. The last time I tried, they were got at by some sort of blight, so they weren’t a great success. Then I read about a disease resistant variety called Sórpa (pronounced Shorpa); the accent over the o is because they were developed by a Hungarian family called Sávári (pronounced Sharvari).

OK I’m all out of accents. The Savari family have been breeding potatoes with a high resistance to late blight for over forty years. Late blight caused the potato famine in Ireland. There are six Sarpo varieties and I bought Sarpo Mira. Sarpo Axona is the other well known variety. They are red skinned and produce a high yield.

It is best if they are allowed to sprout before planting. This is called ‘chitting’ – so good to get another gardening term under the belt for discussions down the pub.

I am hoping that my chitting Sorpas get a move on and chit quick because I really like home made fish and chips.

Note: I don’t think Sorpas are available in the USA, but growers over the water can get a resistant variety called Defender, for making fries of course!

Posts related to Chitting And Chips - Time to Plant Your Tatties

How to Roast Root Vegetables in Your Grill

Looking for a different way to cook your root vegetables such as potatoes, beets, onions and yams? By choosing to cook your veggies in the hot coals from your grill, you do have to ditch ...

How To Plant Your Seeds Indoors

One of the things I look forward to over the winter is the anticipation of spring. While I like to plan ahead when it comes to my gardening, one thing that seems to make spring ...

I’ve had Hellebores growing in my garden for many years, but they have not been the most colourful varieties. More often, they have been a subtle shade of green, and it is this subtlety that ...

Fennel - For Looks and For Cooks

The Nelson 1865 Raintrain Traveling Sprinkler - Gramma's Toy Gramma, our family matriarch, lives on the family farm and takes enormous pride in the large communal garden she maintains. This vegetable garden is way to ...

Tim has lived in a variety of climates in different parts of the world, but he only started gardening when he settled (for the time being) in Newmarket, England, where the weather is not too extreme. It is also a major centre for horse racing and breeding, so there’s LOADS of manure! Some think he’s a bit old school when it comes to gardening, but he’s a soft touch for any new fangled gadget.  Read Full
More posts by the Author »